Firstly, 2M Alliance will implement a blank sailing on Griffin/AE55 service that will take effect on the 17th week of the year.

MSC noted in a statement that all shipments from Shanghai, Ningbo and Tanjung Pelepas will be served via alternative services.

Hence, Maersk has announced changes in the voyage number of the next sailings, as follows:

Furthermore, on week 18, 2M will introduce the following sailing omission on its Condor/AE7 service.

“All shipments from Ningbo, Shanghai, Nansha, Yantian, Tanjung Pelepas and Colombo will be served via alternative services,” noted MSC.

Maersk has also announced changes in the voyage numbers on Condor/AE7 service for the next weeks, as follows: 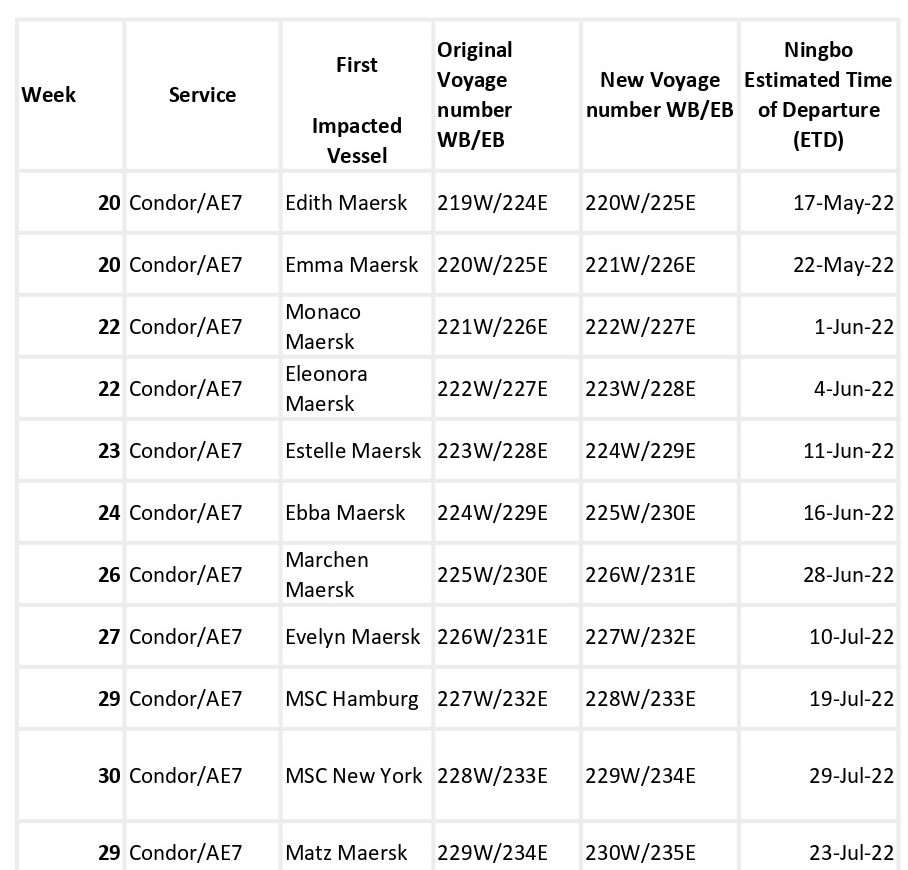 Maersk explained in a statement that these schedule updates are due to bottlenecks across the Asia-North Europe network, that contributed to an accumulation of delays in 2M’s services.

The situation is driven by a number of external factors, chiefly terminal congestion, and the delay accumulation for the services has resulted in gaps in the departure schedules that require adjustment, according to the Danish carrier.