The Port of Antwerp has highlighted the urgency of extra container capacity after the drop in its container volumes during the first quarter of the year.

In the first quarter of 2022, container traffic saw a fall of 11.6% in TEU compared to the same period last year, reported the European port, which said that this is partly the result of capacity problems.

“The disruption to container liner trade, delays and high import call sizes (number of containers unloaded by ships) are posing protracted operational challenges, which are making the operation of the container terminals more difficult,” said the port, adding that the Russia-Ukraine conflict and the sanctions imposed also put pressure on the number of boxes handled.

“The economic urgency for additional container capacity is demonstrated again and more than ever by these declining figures and the congestion problems,” pointed out Annick De Ridder, vice-mayor of the City of Antwerp and Port of Antwerp’s president.

“Extra container capacity is indispensable to secure our position as a world port. Thanks to the recent positive outcome of the negotiations on the ECA project, we have already taken an extremely important step,” added Annick De Ridder.

Meanwhile, the total throughput of the second busiest container port in Europe amounted to 58.3 million metric tonnes in the first quarter, which represents a slight drop of 1.5% compared with the same period last year.

“On the eve of the merger with Port of Zeebrugge, these quarterly figures confirm the importance of responding to the current challenges collectively and further reinforcing the position in the international logistical chain,” said the port’s announcement.

Jacques Vandermeiren, Port of Antwerp’s CEO, stated, “These are the latest figures we at Port of Antwerp are announcing. They confirm that through this merger [with Port of Zeebrugge], we will gain a stronger position for the future. Along with Zeebrugge, we have the ability to further reinforce our position in the international logistics chain, in the current complex geopolitical and macro-economic context.” 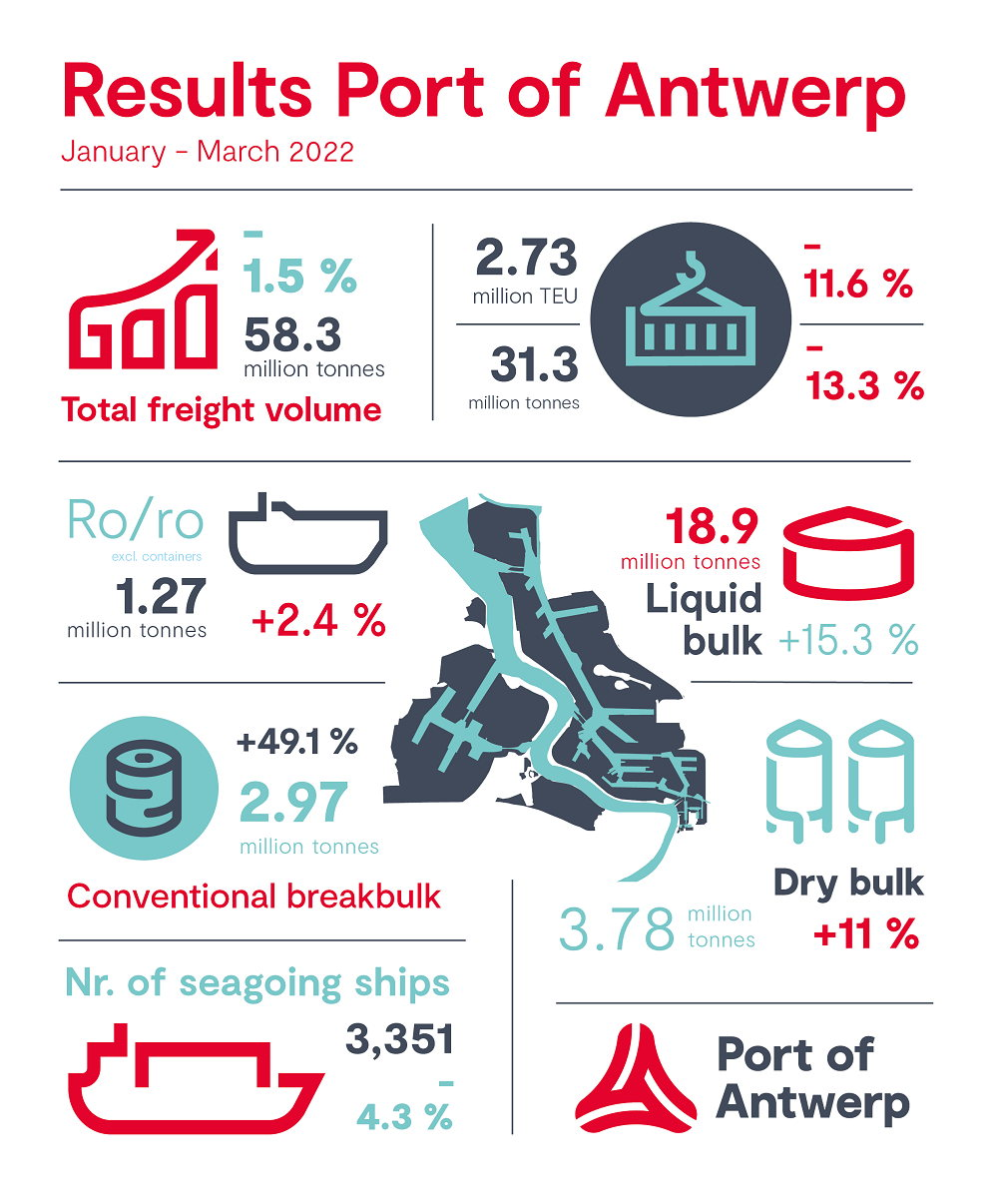