According to the analysis by Sea-Intelligence, global schedule reliability of container carriers improved by 6.6% month-to-month in October 2022, reaching 52%. 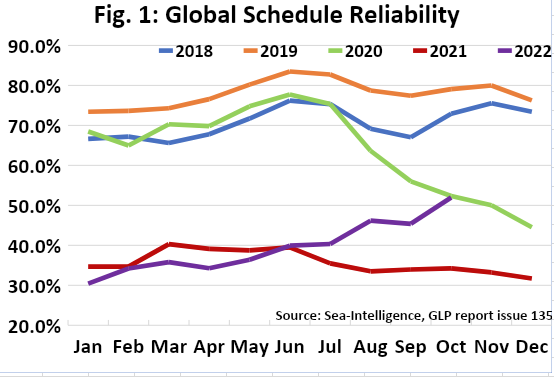 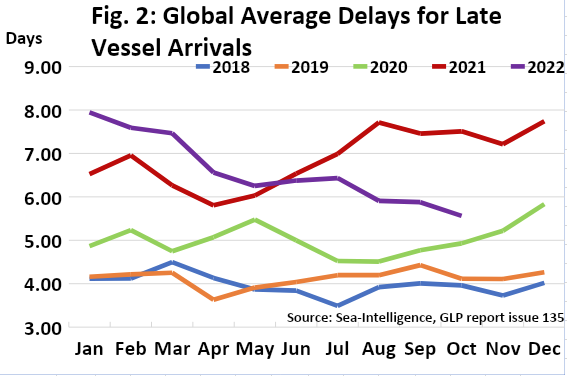 The average delay for late vessel arrivals has also been improving consistently since the start of the year, according to the report of the Danish data analysis company. 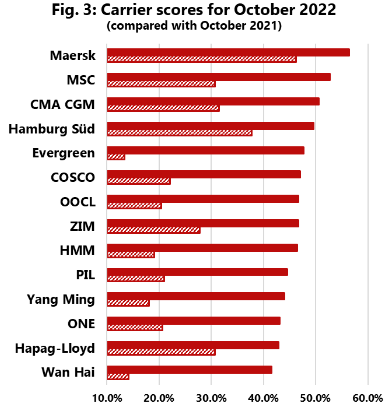