Hapag Lloyd has announced schedule updates for its Southeast India – Europe Express (IEX) service, which will be effective until August.

The IEX service operates in areas between Europe and Bangladesh, South and East India and Sri Lanka.

According to the new changes, the port of Le Havre in France will be omitted by the vessels listed in detail in the following table, starting with Seaspan Kobe V. 2219E / 2219W and ending with XIN Lian Yun Gang V. 2231E / 2231W.

The ports of Vizag in India and Piraeus in Greece will have omissions for a shorter period of time, as shown in the table below. 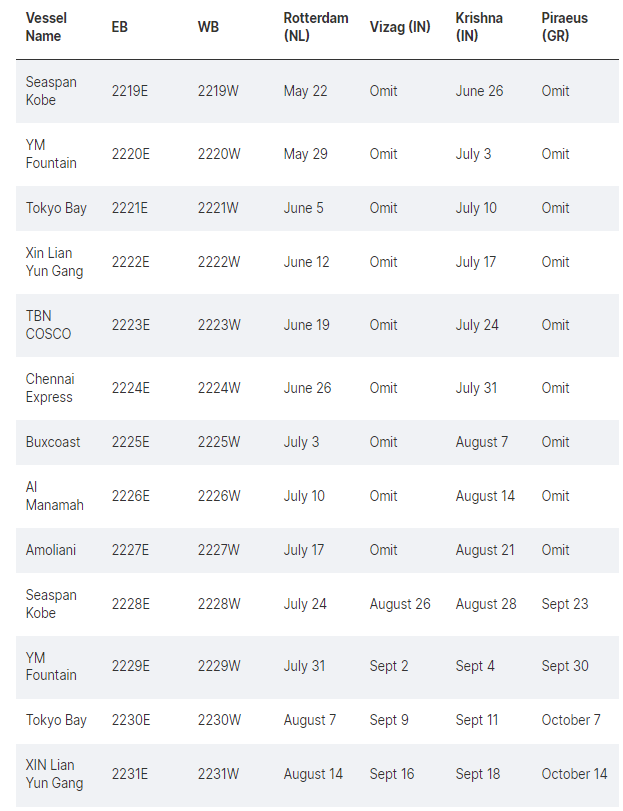 The German ocean carrier suggests to the interested parties the following alternative options for the ports of Le Havre, Vizag, and Piraeus. 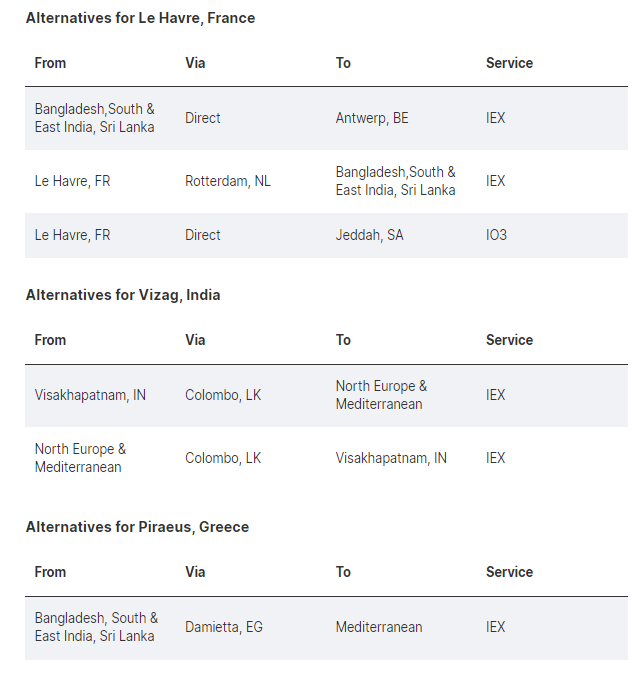