CMA CGM has announced the launch of its new AMERICAS XL service, offering a direct connection between US East Coast (USEC) and West Coast South America.

The French container carrier will be the sole operator of the new service, which will be the only direct one on the market connecting West Coast South America to USEC.

CMA CGM noted that it will provide its customers with competitive transit time from West Coast South America to US designed for perishables and fresh fruit with minimum 500 plugs per vessel. 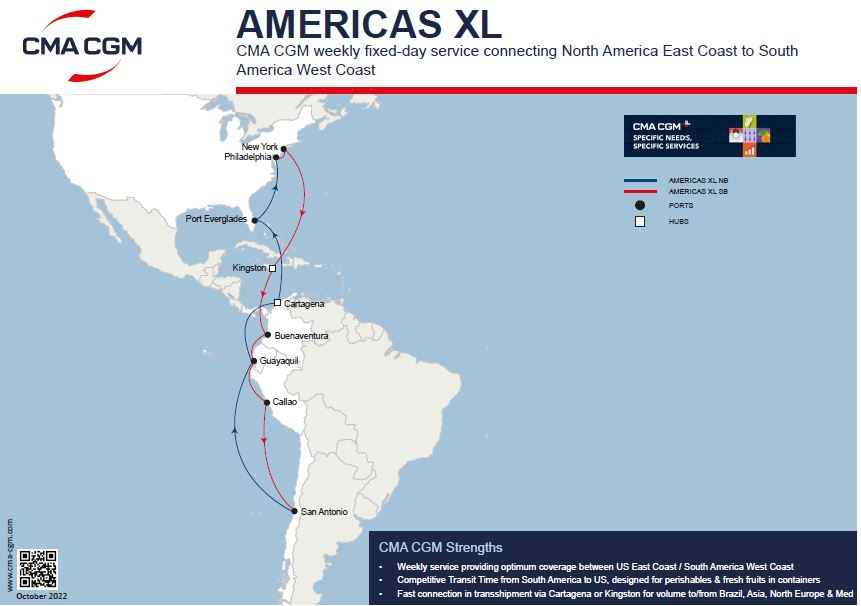