The maritime data analysts of Sea-Intelligence looked at the development of nominal vessel utilization, which they described as “a key parameter in gauging the strength of the market.”

The analysts noted that even though demand grew by 0.6% year-on-year in June, it doesn’t change the fact that it has been on a downwards trend ever since it spiked in peak season 2020.

Therefore, the more pertinent question, according to Sea-Intelligence, is how demand growth matches up against deployed capacity.

“A declining demand trend can be offset by a declining injection of capacity, especially in an environment where port congestion leads to significant vessel delays, and in turn results in capacity removal,” explains Alan Murphy, CEO of Sea-Intelligence

“When we look at capacity deployment on the major East/West trades, we can see that while demand growth is slowing, capacity growth is increasing at the same time. For Transpacific, the drop in vessel utilization is shown in figure 1. The sharp drop in May was sustained in June as well, with vessel utilization around the 89% mark,” added Murphy. 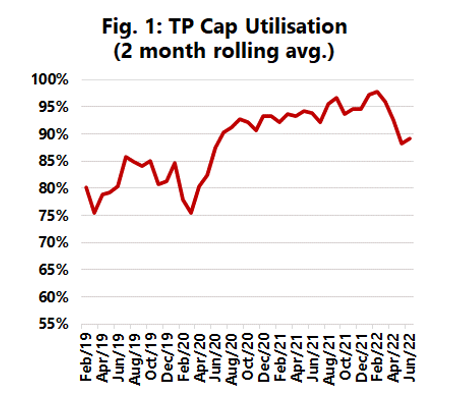 Sea-Intelligence analysts noted that there is a correlation between vessel utilisation and spot rates on the Transpacific.

“Basically, once utilisation gets into the 90-95% range for the Transpacific, it effectively means all capacity is fully utilised and spot rates increase dramatically. However, now that we have had two consecutive months where utilisation is below 90%, it is clear the market is no longer at a point which can sustain the extremely high spot rates,” they explained, while they said they also see a similar case in Asia-Europe and Transatlantic as well. 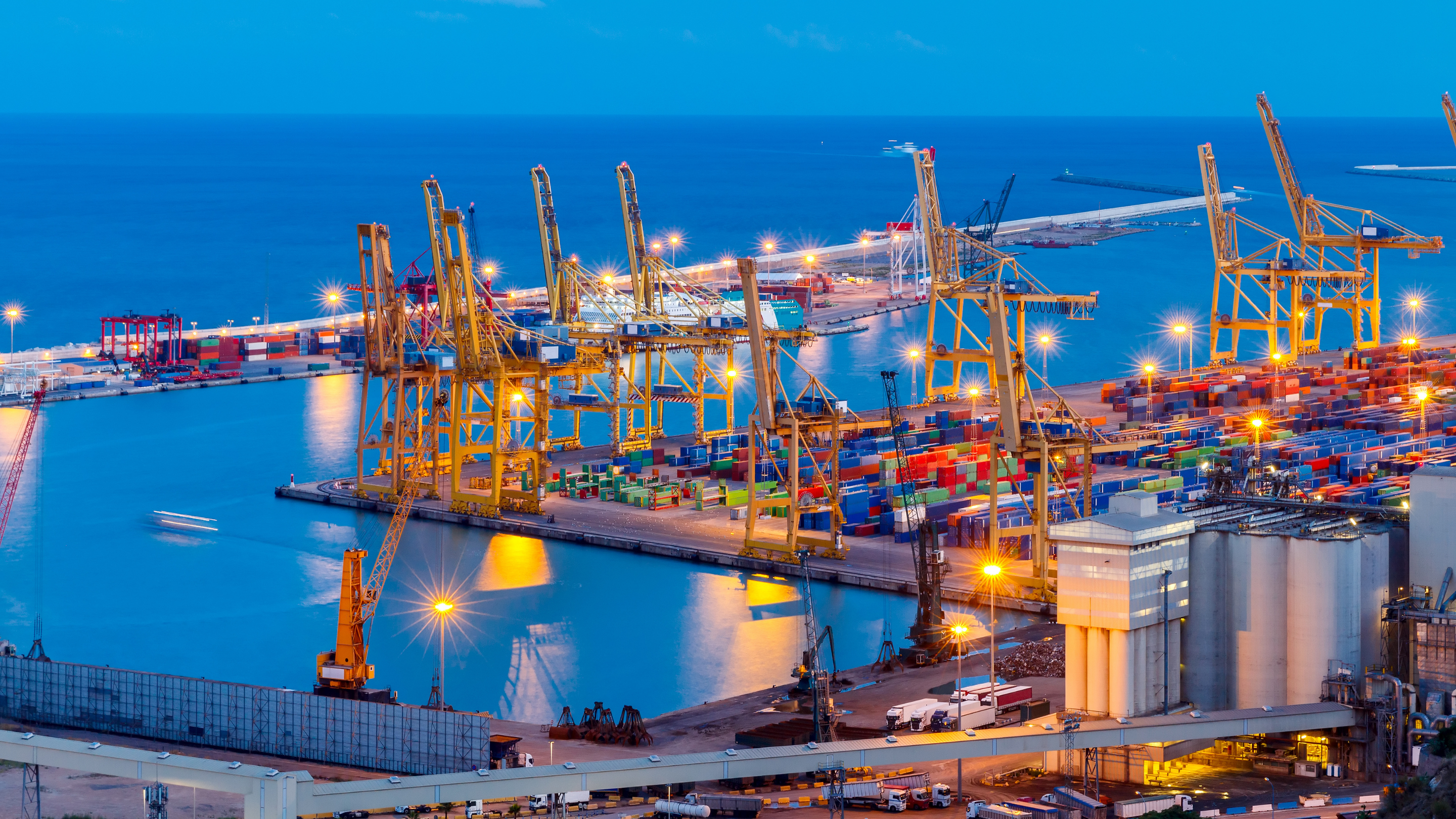 The bottom line is that the average vessel utilisation on the major head-haul trades continues to be below the threshold which fuelled the record rate peaks over the past 18 months, according to Murphy, who pointed out that “as a consequence, spot rates will continue to decline.”