A.P. Moller – Maersk has announced a new feeder service between Port Said, at the northern end of the Suez Canal, where the canal leads to the Mediterranean Sea, and Vado Gateway at the port of Genoa, with the aim to reduce transit times and congestion.

The first boxship of this new service, with a capacity of 3,000 TEU, will depart SCCT in the eastern lane of the Suez Canal on 8 July and will arrive at APM Terminals Vado Ligure S.P.A. Terminal on 14 July.

“In an increasingly unpredictable environment, our customers ask for more reliable and agile supply chains – and this is exactly what the new Vado Express Service will deliver,” said Leah Offutt, Maersk Central South Europe managing director.

This will significantly reduce transit times from Asia to Northern Italy between 5 and 22 days, depending on where the cargo departed, Busan in Korea or Shanghai, Ningbo, Yantian, Shekou or Xingang in China. 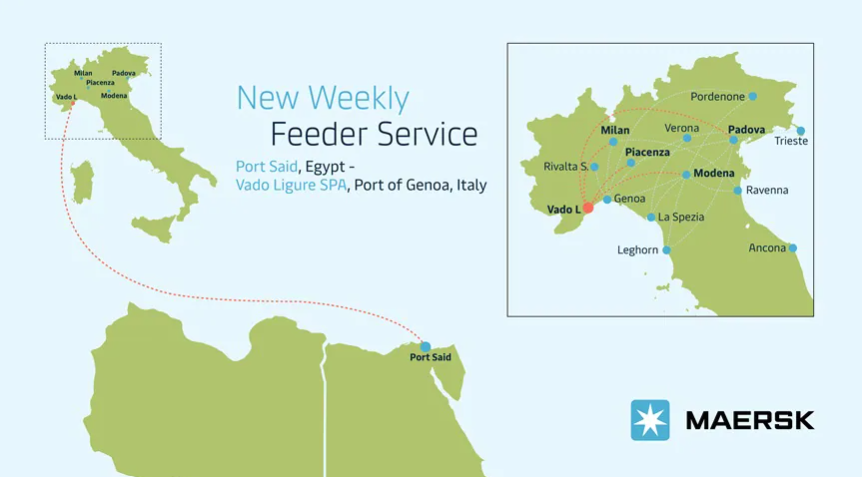 “Comprehensive ocean/rail/road solutions will significantly shorten transit time between Asia and locations across Northern Italy – the second most important EU location, behind Germany, for industrial production and it ranks third in exports of goods, just behind France,” Leah Offutt added.