Singapore-headquartered Ocean Network Express (ONE) has signed new shipbuilding contracts for ten 13,700 TEU container vessels, which are expected to be delivered in 2025.

The world’s largest shipbuilding company Hyundai Heavy Industries, based in South Korea, and the Japanese Nihon Shipyard will each take over the construction of five boxships. 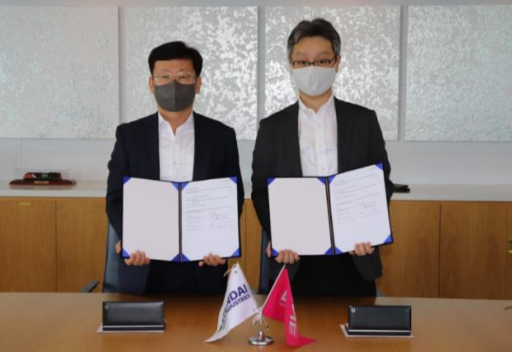 The signing ceremony between Hyundai Heavy Industries and ONE.

“This investment embodies ONE’s Midterm Strategy announced in March, to safeguard a sustainable supply chain for the future and underscore ONE’s green strategy and decarbonisation plan,” said the company in a statement.

The vessels are designed with the highest efficiency standards as well as a variety of technology features to reduce navigational impacts to the environment and are planned for the “Ready notation” or “AiP (Approval in Principle)” of Ammonia and Methanol as fuel, Carbon Capture and Storage. 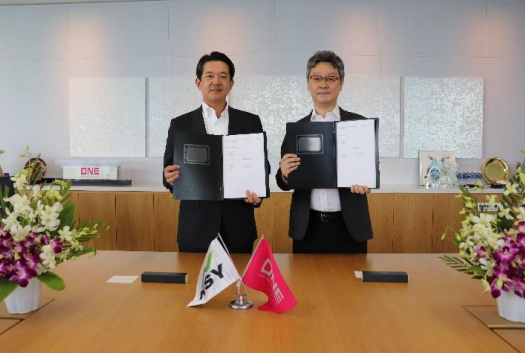 The signing ceremony between Nihon Shipyard and ONE.

Moreover, ONE noted this fleet will support its “exploration of long-term alternative fuels and decarbonisation technologies in the future.”

According to Alphaliner, ONE is the 7th largest container shipping company in the world in terms of TEU capacity with 1.5 million TEU.