Danish maritime data company Sea-Intelligence has analysed the schedule reliability of the container shipping lines up to July 2022. 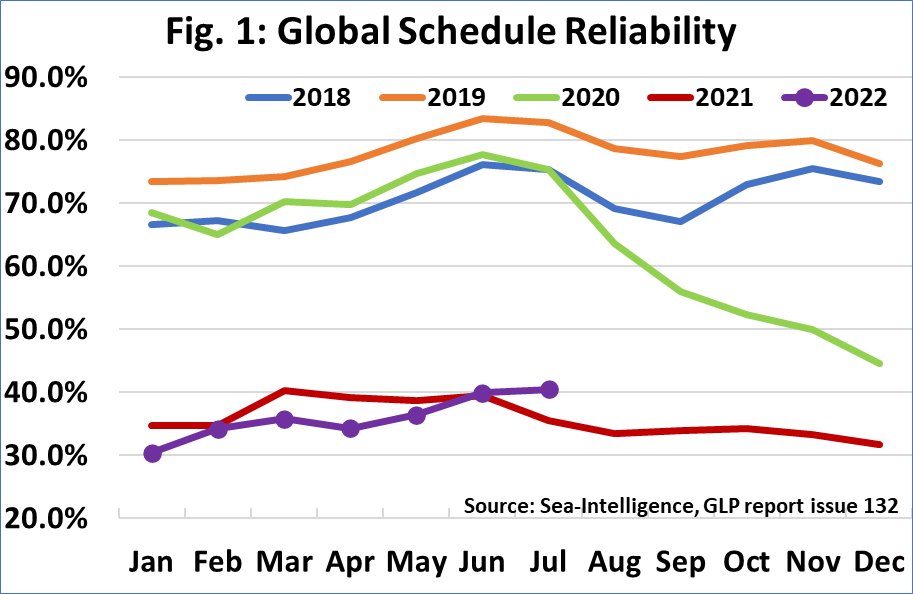 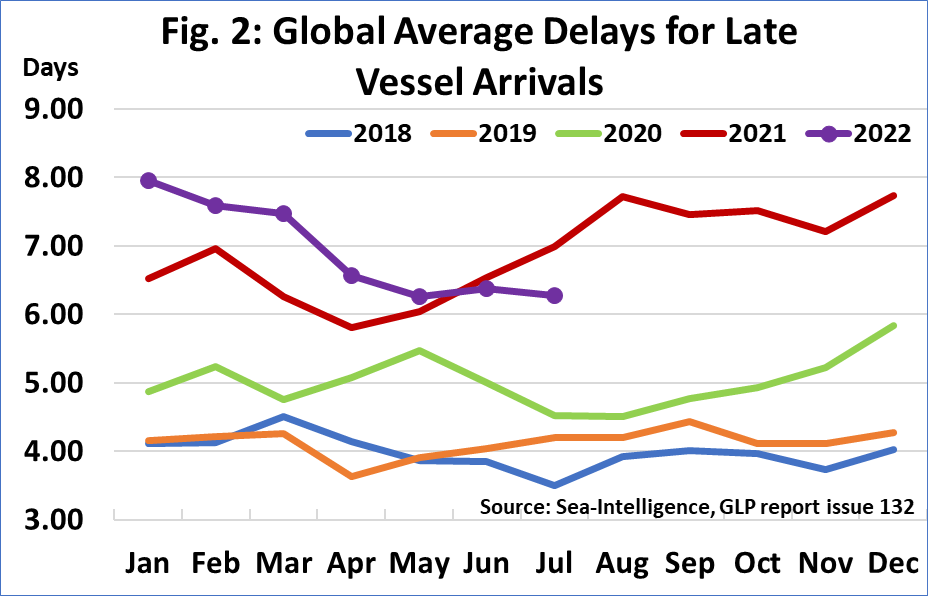 The average delay for late ship arrivals has been falling sharply so far this year, easing slightly in recent months. In July 2022, the average delinquency improved by -0.09 days M/M, meaning that the delay figure is now firmly below the seven-day mark and an improvement over the respective 2021 figure. 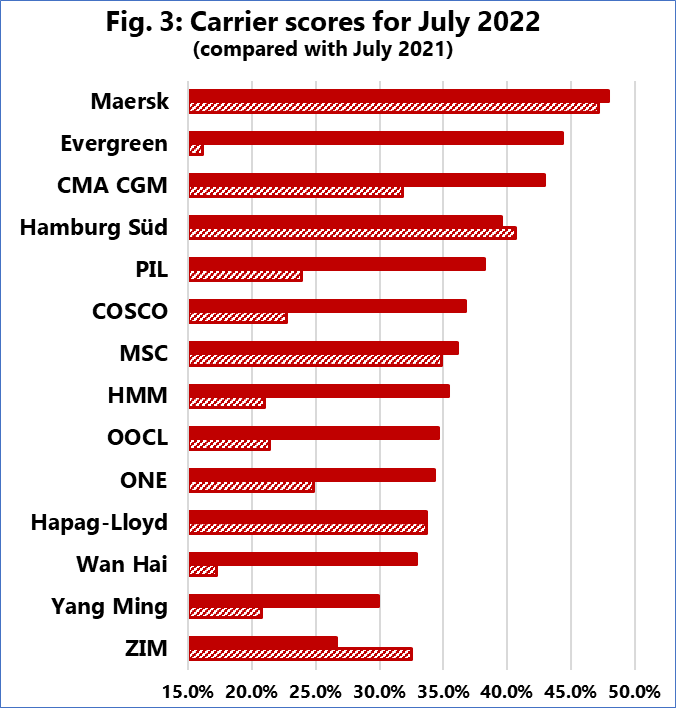 “In July 2022, once again, a lot of the carriers were very close to each other in terms of schedule reliability, with 10 carriers within 10 percentage points of each other,” noted Alan Murphy, CEO of Sea-Intelligence.