The provider of research & analysis within the global supply chain industry, Sea-Intelligence, has conducted a survey to see how the currently scheduled Chinese New Year (CNY) 2022 capacity is compared to the previous years.

Particularly, the Danish company analysed capacity deployment data from its Trade Capacity Outlook report for the deployed capacity across a four-week period, starting the week in which CNY falls, and the proceeding three weeks. 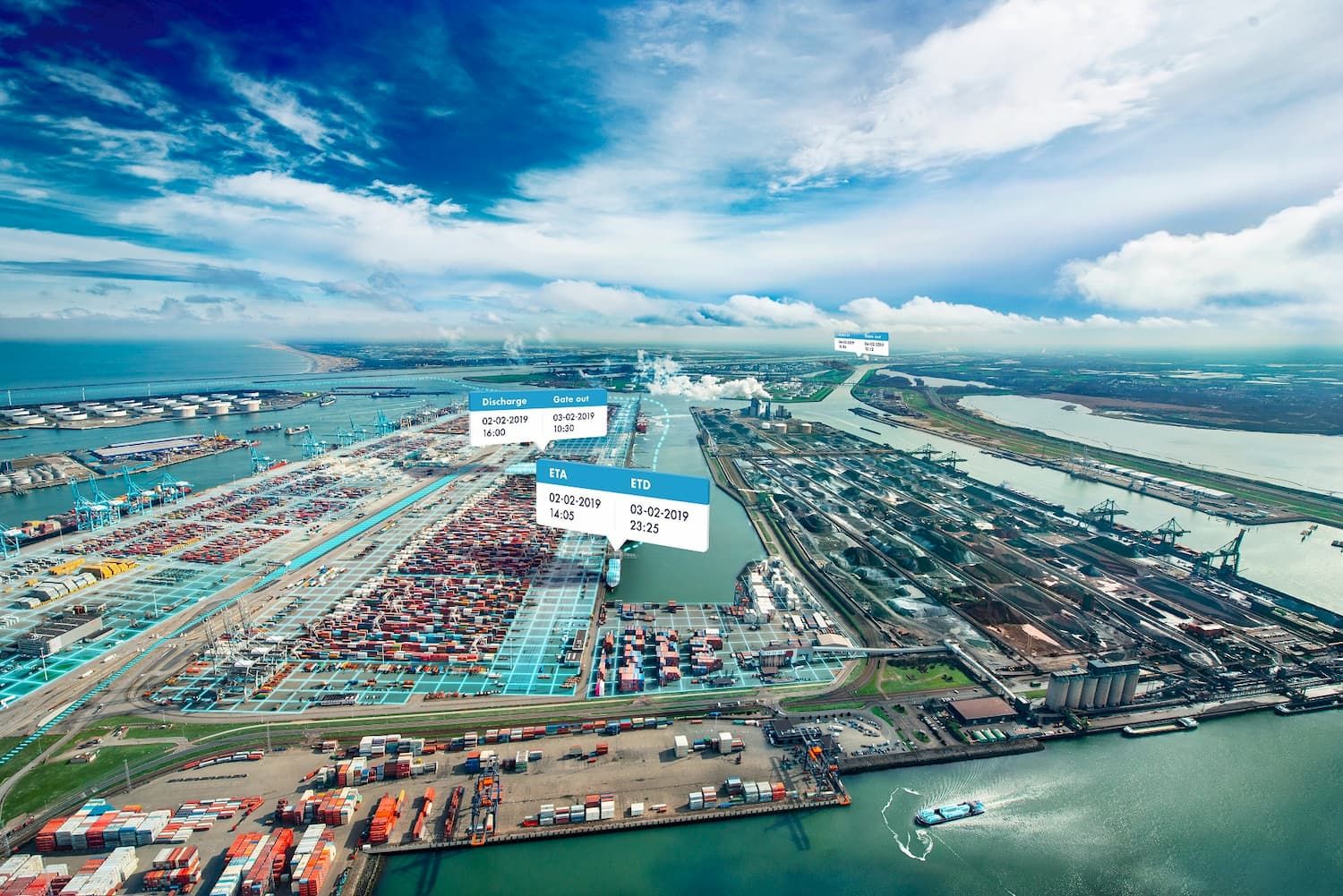 While the main objective of the analysis was to compare the deployment in 2022 with the 2016-2019 average, Sea-Intelligence analysts also compared the contraction in supply during CNY in 2020, plus the initial onset of Covid, with that of the US West Coast labour dispute in 2015, to see how the current disruption compares to the last major disruptive event.

The analysis showed that the capacity drop during those four weeks around CNY was sharper in 2020 than in 2015, demonstrating a higher level of disruption due to the outbreak of Covid.

“Interestingly, seemingly the Asia-Mediterranean trade lane was also impacted by the vessel delays arising due to the US West Coast labour dispute, with deployed capacity having dropped below the 2016-2019 average,” noted Alan Murphy, CEO of Sea-Intelligence. 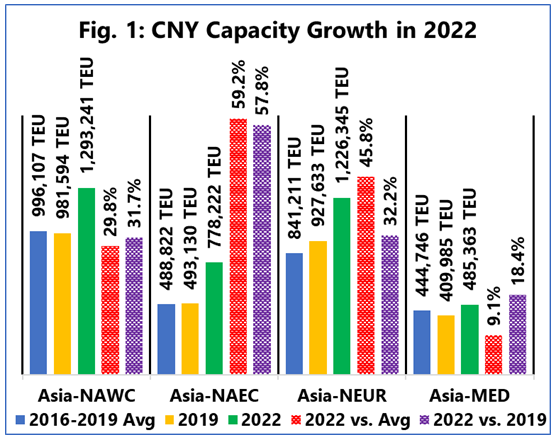 The figure shows how much more capacity is being deployed in 2022 compared to a “normal” year. It compares the 2022 four-week CNY deployed capacity (green bars) with both the average of the “normal” years of 2016-2019 (blue bars) and the last “normal” year of 2019 (yellow bars).

The two last bars show how much the 2022 four-week CNY deployed capacity has grown over the average of 2016-2019 (red chequered bars) and over 2019 (purple chequered bars).

“Given that we are now a week away from CNY, additional blanks sailings will not change the picture that much,” explained Murphy.