Oceania ports are playing a vital role in global trade due to their strategic location in the South Pacific Ocean. Container News has created a list of the busiest container ports in the continent for 2021.

As was expected, the list includes ports of only two countries of Oceania, Australia and New Zealand. Each one of them is represented by five ports, while all the three ports on the podium are located in Australia. 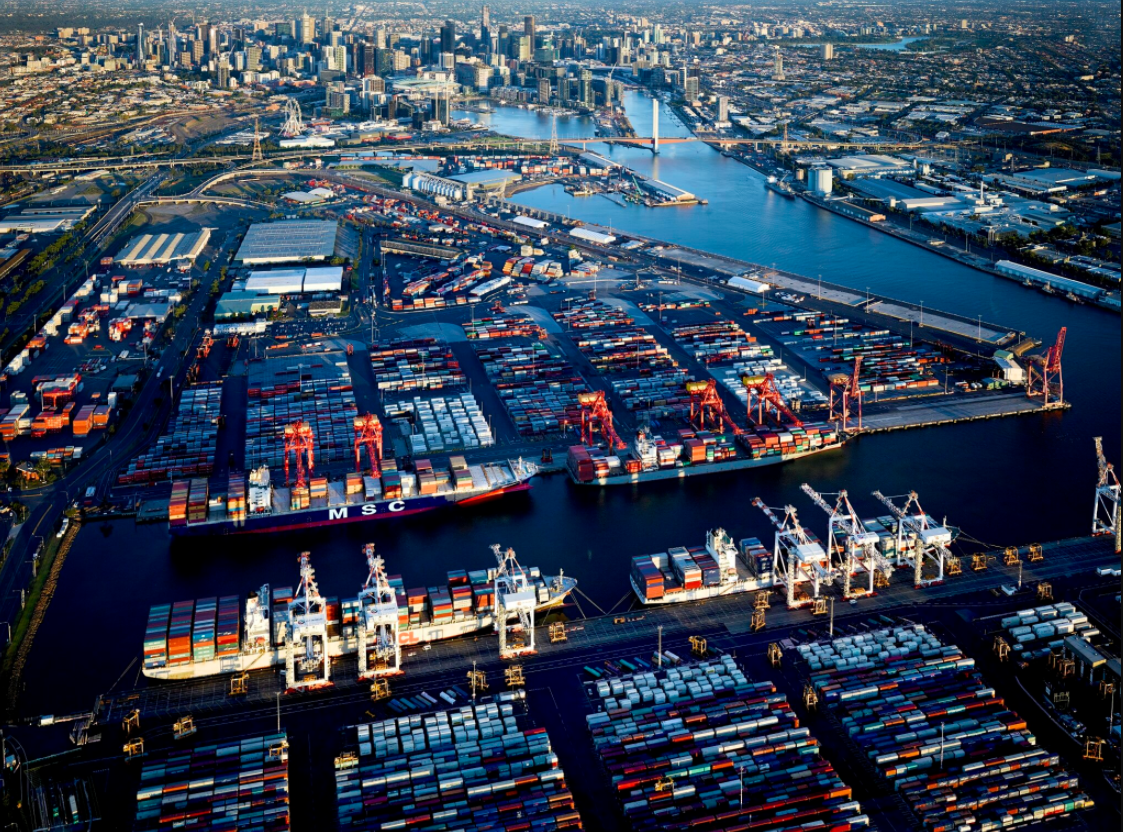 Handling more than one-third of Australia’s container trade, the Port of Melbourne is the busiest port, not only in the country but also in Oceania. Its international container terminals at Swanson Dock and Webb Dock East moved 2,889,288 TEU in 2021.

In general, the port handles approximately 8,000 containers per day, which translates to a total trade value of US$80 billion per year.

With space available to accommodate 7 million TEU in total, the second busiest port of Oceania, Port Botany, handled 2,761,569 TEU in 2021, which is 96.6% of container trade in Australia’s New South Wales state.

Located at the mouth of the Brisbane River, the Port of Brisbane is the third-largest container port of Oceania, handling 1,554,061 TEU in 2021.

It disposes of nine container berths, in a quay line of 2,469 metres, which are leased and operated by three stevedores, Patrick Terminals, DP World and Brisbane Container Terminals.

In total, the Australian port, which is managed and developed by the Port of Brisbane Pty Ltd (PBPL) under a 99-year lease from the Queensland government, has 29 operating berths with more than 8,200 metres of quay line and handles more than US$35 billion in international trade annually.

Port of Tauranga is Oceania’s fourth-largest container port and the largest port in New Zealand, with its container throughput surpassing 1.2 million TEU in FY 2021.

Officially opened in 1998, the Tauranga container terminal features 770 metres of a heavy-duty wharf, seven container cranes, 380,000 m² of container yard, and it is operational 24 hours, seven days a week.

Ports of Auckland is the largest import port of New Zealand. Located next to the city’s central business district, the port’s three-quarters of inbound cargo is destined for Auckland.

Oceania’s sixth-busiest port comprises two container terminals and four berths, operated by DP World and Patrick Terminals, with a wharf height of four meters each, and a combined length of 1,252 metres.

With its container throughput reaching 778,614 TEU in 2021, Fremantle Ports handles a trade amount of approximately US$22.5 billion annually.

Lyttelton Port is not only the seventh-busiest port in Oceania but also the largest port in the South Island of New Zealand, with container volumes totalling 438,343 TEU in FY 2021.

The Australian port exceeded the handling of 360,00 TEU in 2021 and now ranks eighth among the busiest ports of Oceania.

With a container throughput of 276,000 TEU and 242 container ships calling the port in FY 2021, the Port of Napier is Oceania’s ninth-busiest port and New Zealand’s fourth busiest port, as well as the country’s major export hub for wood pulp timber, logs, canned food, apples and pearls.

The port is currently being expanded via the construction of a sixth wharf, which will facilitate the berth of larger boxships and will also be capable of supporting twin lift gantry cranes.

The Centreport in Wellington is one of the 10 busiest ports in Oceania, handling approximately 91,900 TEU in FY 2021. It was severely damaged in 2016 after Kaikoura earthquake, which impacted the port both financially and operationally.

After emergency repairs one year later, and finalisation of insurance in late 2019, the Reinstatement project of the Thorndon Container Wharf is now operational to help the port and its volumes recover.