THE founder of Blue Alpha Capital, John McCown, who worked with container shipping pioneer Malcom McLean for 20 years, is calling for the creation of a dedicated American carrier shifting 53-foot boxes from China.

Mr McCown pointed out that container shipping is reporting exceptional results with record profits in each of the last four quarters. In the third quarter, it had total net income of US$48.1 billion for a profit to revenue margin of 42.7 per cent. Indications are that the sector’s future financial performance will be well ahead of results it has reported in the past, he said. These remarkable profits will be a catalyst for potential new entrants to look into entering the industry. “Indeed, there has never been a time where such inquiry was so warranted by the facts,” he said. 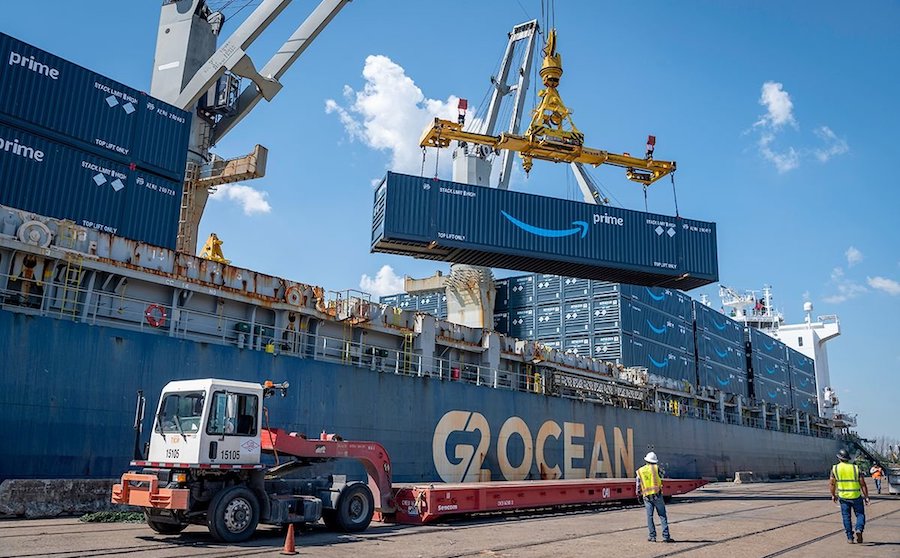 While the macro facts provide a strong tailwind, any firm looking at entering the container shipping business would do well to focus on how it would differentiate itself, reports Singapore’s Splash 247.

“A container shipping service that delivers greater value to customers should be a top of mind in analysis and planning. I have a service in mind that does just that by taking steps out of the process. It won’t necessarily work well in all lanes, but it would work exceptionally well in the China-US west coast lane that moves one-quarter of US container imports,” Mr McCown said.

The service involves five mega ships in a weekly express US flag service moving only 53-foot containers in the China-US west coast lane. The relatively modest additional cost of a US crew will be more than offset by cost advantages flowing from using the equipment size that fits best with the US transport system, he said.

Mr McCown explained that the crewing cost differential of a US flag vessel is US$13,689 per day. With the largest vessels in the China-USWC lane (19,273 TEU) and using 90 per cent utilisation eastbound and 30 per cent westbound, that crewing cost differential works out to $20.72 per loaded TEU. Compared to a recent Drewry spot rate in that lane of $5,587 per TEU, that cost is equivalent to 0.37 per cent of carrier revenue. Going back to Drewry’s year-ago spot rate of $2,031 per TEU, the cost differential is equivalent to 1.02 per cent of revenue. No attempt is made to say the incremental US flag cost is inconsequential. The use of 53-foot equipment translates into absolute cost differences well above the additional crewing costs that are sustainable in all markets, he said.

The first process difference is reduced cargo handling costs on both ends. A ship configured for 53-foot containers would involve 33 per cent fewer moves and time to handle the same amount of TEU compared to a ship moving typical 40-foot containers. 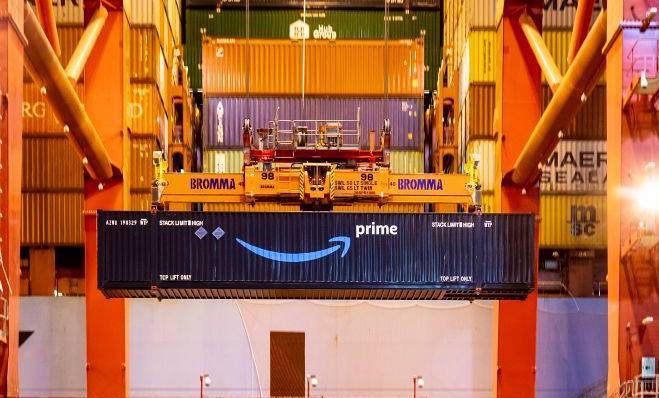 The lower cargo handling cost alone is more than the crewing cost differential. The second process difference occurs in California and is the disappearance of any need to transload cargo into 53-foot containers for later inland moves. With cargo in 53-foot already, the expense and time to unload three 40-foot containers and put the contents into two 53-foot containers for efficient domestic moves goes away. Taken together the cost savings from these differences in processes are many times the incremental US flag crewing cost.

The ideal candidate to start such a new service is JB Hunt, one of the largest transportation providers in the US.