Dubai-based Volta Container Line has launched a new service, connecting the Port of Koper in Slovenia with five major Far East ports, including a stopover in the Libyan port of Misurata. The MED service started in January and includes three vessels with a capacity from 1,200 to 2,700 TEU, which will sail under the following port rotation:

Volta Container Line has published the transit times of its new service, which will be as follows: 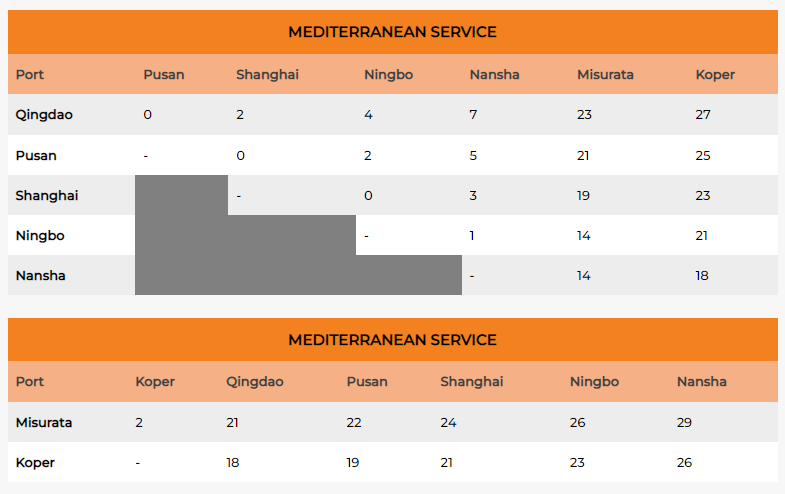