The port rotation of the new service will be: 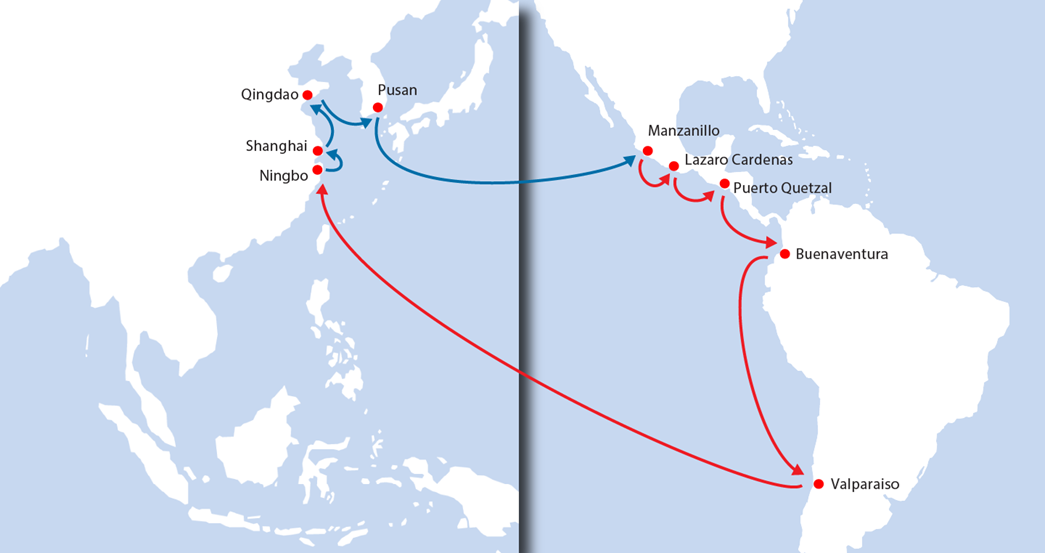 The new weekly service will be operated by a fleet of vessels with a capacity of 2,400-3,700 TEU.

The first departure of the service is scheduled to start on 13 July from the port of Ningbo, while a round trip will take 70 days.

PIL, which names the service WS6, aims to enhance its network in South America. The new service is expected to complement the company’s two existing services, WS2 and WSA, strengthening PIL’s connectivity in Colombia and Chile, according to a statement.

Yang Ming named the new service SA8, and believes it will boost its existing service network.