Chinese ports moved 116.5 million TEU from January to May of 2022, achieving a growth of 2.3% compared to the same period last year.

Additionally, the cargo volume of Chinese ports in the first five months of the year was 6251.0 million tons, representing a year-on-year decrease of 0.5%.

The chart below shows the cargo throughput and container throughput data of the twelve major ports in China.

In terms of container freight rates, the average value of the Ningbo Container Freight index (NCFI) in June was 3467.2 points, which translates to an increase of 1.2% compared to last month. 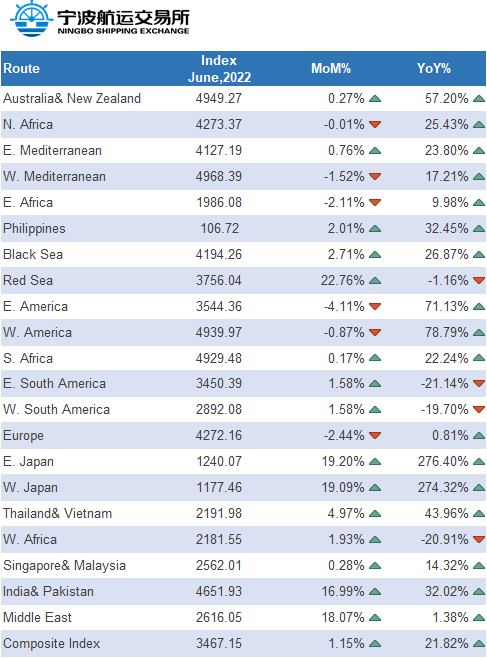