This new offering aims to deliver a direct service between the Mediterranean and the West Coast of South America with connections from and to Ecuador, Peru, Chile, as well as other destinations in the Caribbean and Central America. 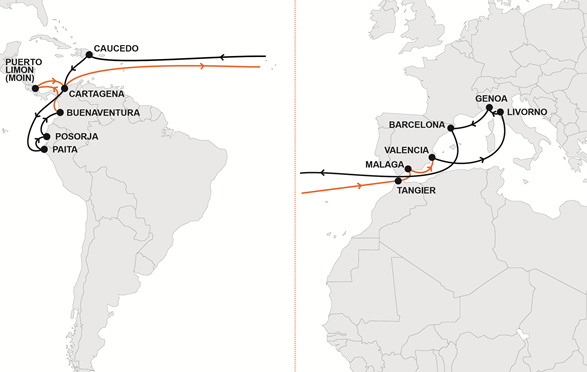 With six container vessels deployed on the new service, Hapag-Lloyd expects it will offer competitive transit times for reefer cargo originating from the north of Peru, Ecuador and Costa Rica into major markets in the West Mediterranean.

The German box carrier will be the sole operator of the new MSW service, which will be replacing the existing connection between Latin America and the Mediterranean, currently offered by Hapag-Lloyd’s Mediterranean Pacific (MPS) and Mediterranean Gulf Express (MGX) services.