COSCO-owned container line Orient Overseas Container Line (OOCL) has announced its total revenues increased by 16.9% in the third quarter of the year, compared with 2021 same period, surpassing US$5 billion.

At the same time, the carrier’s total liftings and loadable capacity decreased by 3.4% and 1.8% respectively. The overall load factor was 1.4% lower than in the same period in 2021, while overall average revenue per TEU increased by 21.1% compared to the third quarter of last year. 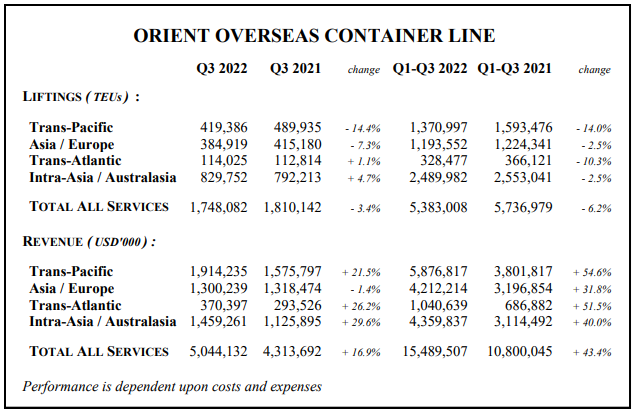