Orient Overseas Container Line (OOCL) has reported a significant increase of 71% in its first-quarter revenues, compared to 2021 Q1, surpassing US$5.1 billion.

“This record result was achieved despite severe congestion around the network, which drove down liftings by 9.2% and loadable capacity by 6.5%,” said OOCL in its announcement.

The overall average revenue per TEU increased by 88.3% compared to the first quarter of last year with the container volumes of the COSCO-owned shipping line declined by 9.2% to 1.79 million TEU. 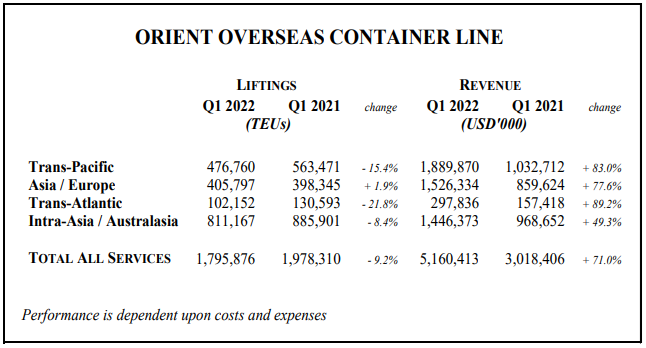