Suez Canal sounds emergency alarm as Ever Given returns

Suez Canal sounds emergency alarm as Ever Given returns

EGYPTIAN authorities have declared a state of emergency as the 20,388-TEU Ever Given re-transits the Suez Canal it blocked for six days in March having run aground, reports Abu Dhabi’s National.

The 400-metre Panama-registered vessel arrived in Suez where it was moored until it was given the signal to pass through the canal.

The Ever Given, one of the world’s largest container ships, sails in the Suez Canal after authorities agreed to a settlement with the vessel’s owner and insurers. 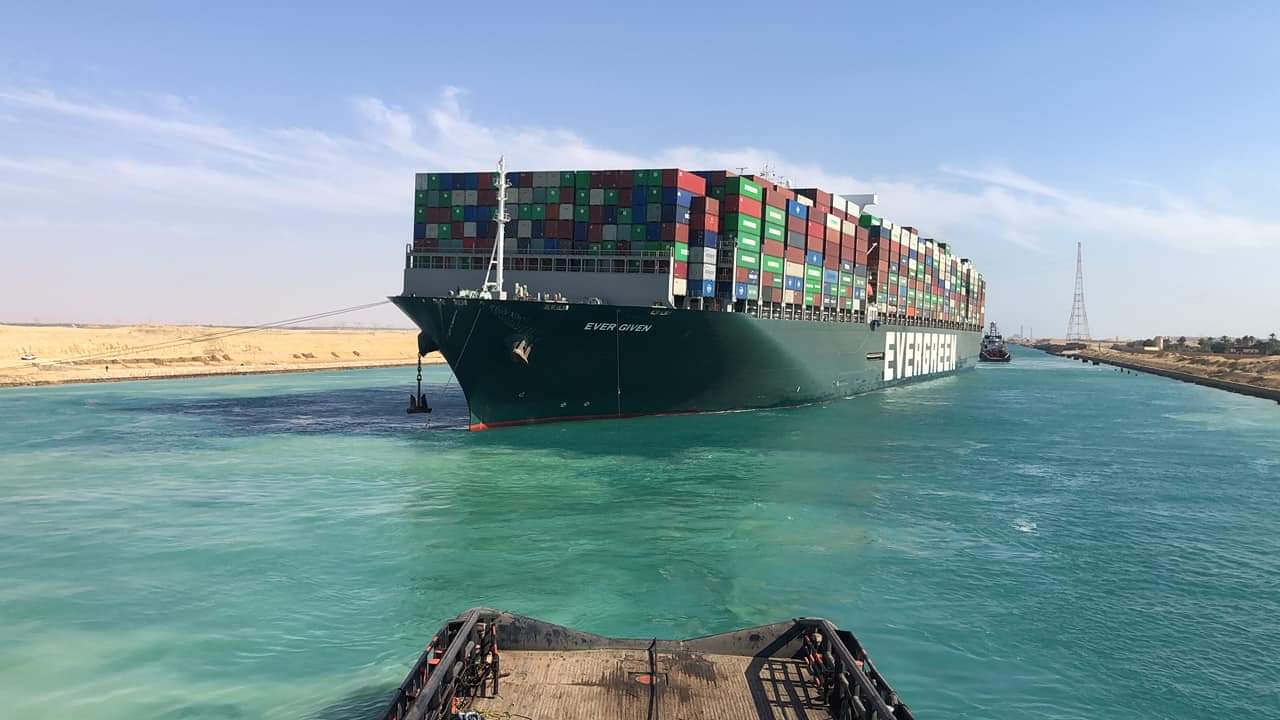 The ship’s cargo this time is much heavier than it was when it ran aground in the canal and blocked traffic, hitting shipping operators worldwide, according to the Suez Canal Authority.

The state of emergency was declared to ensure a smooth passage for the massive vessel, which was passing fully loaded with cargo for the first time since the March incident, reported Egyptian state-owned daily Al Ahram on Saturday.

After the ship was refloated in March, it was detained at the Great Bitter Lake, halfway through the canal, pending a legal dispute between the canal’s authority and the ship’s owners over the compensation sum for the blockage, the resulting loss in revenue and damages sustained to the canal.

The ship left Egyptian waters after a ceremony on July 7 in the Suez Canal city of Ismailia, where the compensation contract was signed between canal officials and the ship owners’ legal team.

Though the compensation sum was never officially announced by the canal’s authority, the National received confirmation that it had received US$540 million from the owners before allowing the vessel to leave Egyptian waters.