HMM has achieved strong financial results for the third quarter of the year, increasing revenue by 27.1%, compared to the same quarter last year, to US$3.75 billion and boosting operating profit by 14.5% to US$1.91 billion.

For the same period, the net profit of the South Korean major container carrier reached US$1.91 billion, representing year-on-year growth of 13.3%.

Additionally, for the period from January to September 2022, HMM’s revenue and operating profit totalled US$11 billion and US$6.38 billion, respectively, translating to a significant increase compared to the same period in 2021. At the same time, the company’s net profit rose more than three-fold to US$6.37 billion.

HMM said in its statement it will seek to maximise profitability by securing high-yield cargo and implementing cost-cutting measures by enhancing operational efficiency.

The Seoul-based box carrier believes that container demand will be under downward pressure in the next months due to global uncertainties mainly related to widespread inflation, economic slowdown and geopolitical tensions.

Meanwhile, port congestion and inland logistics bottlenecks in main locations have been alleviated, causing the effect of increased capacity in the perspective of the entire supply chain, according to HMM. 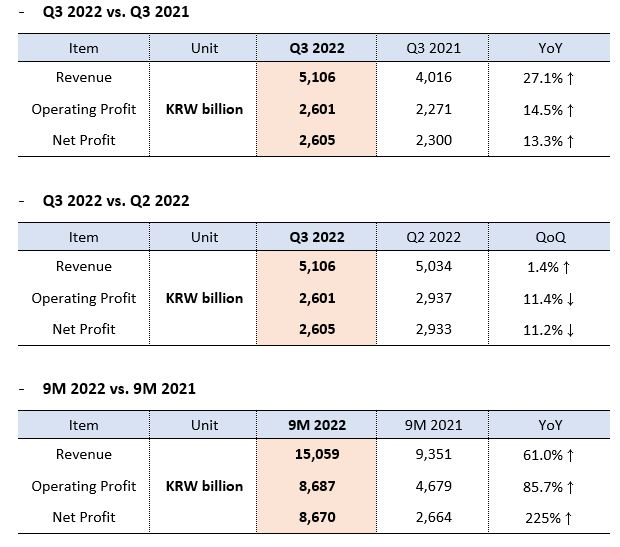