SHIFEX, the spot container rate index by the digital freight forwarding platform Shifl, has positive news for US consumers as it shows a continued decline in spot rates that is set to marginally shift power away from carriers.

More specifically, according to Shifl’s data, the shipping price for an FEU from China to the US West Coast is set to drop below US$5,000 for the first time since the spike caused by the Covid-19 pandemic. 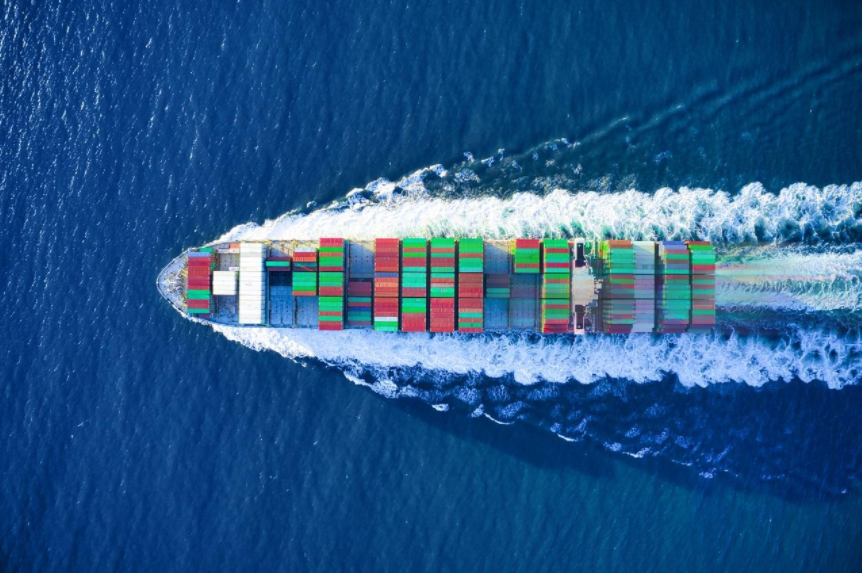 “While spot rates continue to decline, they are still more than three times higher than they were prior to the pandemic. The rates are at levels far lower than at the beginning of 2022, when consumer demand was very high. The pace of this continued decline points to the market returning to some semblance of the new normal,” commented Shabsie Levy, CEO and founder of Shifl.

On the route from China to New York, the year-over-year decline was also significant, but less drastic compared to the West Coast, with FEU rates down 54% to an average of US$8,900 compared with US$19,500 in September 2021. 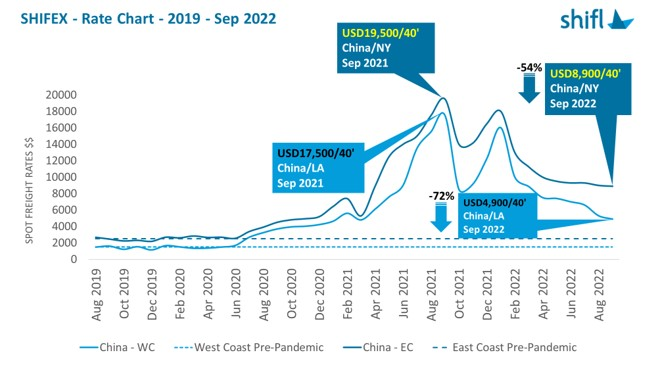 However, it should be noted that box lines have been able to avoid the 23rd straight week of fall in spot rates, lifting their earnings outlook and profit forecasts for 2022 on the back of significant increases in contract rates negotiated in 2021.

“Contract rates are still 60% higher than last year, leaving carriers in the driving seat in the rates tug-of-war well into 2023,” pointed out Shifl.

Lines such as Maersk and ONE reported lower volumes in the second quarter as they focused on their multi-year contracts. Representing 70% of container movements, these contracts now drive revenue growth of more than 60% year-on-year.